Can We Ever Get Over Stage Fright and Performing Anxiety?

Stage fright and performance anxiety is a real thing. 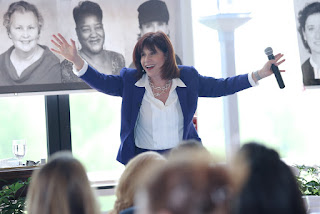 I’ve been a performer my whole life. At 8 years old, I was doing magic at birthday parties. It was never fun. I would practice. Then fret. Before each gig, I’d throw up because of nervousness. The thing with magic is if you forget one object, it’s a disaster. If you forget the plastic gimmick, instead of the cup of sugar turning into a goldfish, you’ll have a dead goldfish with kids screaming. I worry that the children in the audience when I messed up are still in therapy dealing with their PTSD.
So, it’s 50 years and thousands of shows later as a magician, then standup comic, then professional speaker, I’m still fretting. I’ve performed in front of an audience of 10,000 with President Clinton. I’ve done shows all over the world, winning over audiences in China, Russia and maybe the toughest one being in Long Island. I’ve gotten standing ovations after my hour-long corporate gigs and have done a TED Talk. Audience members have laughed so hard there was pee on the floor.
All that success allowed me to buy an apartment building, build a house in Venice Beach, and travel the world. But, none of that is in my head when I’m getting ready for a new gig. No, what I hold onto is the look of horror as those children screamed at the dead goldfish. Another stuck memory is the man at a show in South Carolina who threw down his napkin and stomped out when I made a joke about then President Bush. Oh yeah, and I picture the guy I spotted looking at his watch ten minutes into my hour presentation. Each one of those images is there before I start a gig to punch me in the gut, creating scar tissue that hurts, like an old injury that swells when it rains.
My whole career, I’ve waited to have my performing anxiety go away and be replaced by the security you hope will come from practice and pleasing your audiences. But, no, anxiety refuses to make way for it. Heading to the stage, I’m frantically worrying that this is the time I’ll be exposed as the fraud I believe I am. This is the audience who’ll make me wish I’d heeded my Jewish grandmother, who’d said, “You should have been a bank teller.”
The bank teller isn’t expected to keep someone entertained for an hour. Making change isn’t as terrifying as making jokes. I continue to fear doing my job, which I bet bank tellers don’t. The fear starts as I start preparing. That makes me over-prepare. If I’m lucky, when I step onstage, something magical happens. Some call it talent, but the name isn’t important. It’s the fire that explodes, propelling me. And it’s best when I ignore what I’ve prepared, let go of the order of the material and trust it to lead me. Letting it be the boss, I ride it as if I’m on a wild horse that can jump higher than I’ve ever imagined. I leave the stage, high, breathless and excited. It all feels so right.
What was I so worried about? See, I can do what I have to. And then… oh, no. There’s that gig next week. Yipes. Back to the beginning.
After posting this to Facebook, so many people came up with solutions, including hypnosis to get over childhood scripts, meditation, and finally the best – to enjoy my stress as if I’m not scared, it means I don’t care. That stress is a motivator. Here is what one of my standup students, Nadia Witt, wrote, which I thought was very profound:
"Here is my philosophy: Cherish stage fright. Love it. Enjoy it. Talk to it. Thank it for helping to make you prepare and prepare and prepare. And then relish it no matter how prepared you are. Most people in life don’t get to feel this alive as often as we do. Most people go through life without actually feeling alive. Some people try to use drugs or something outside themselves to experience the thrill and excitement we get by doing the thing we love. It is magic. Even if a trick doesn't work or a joke doesn’t work or a dramatic moment doesn’t land ... that flutter of life in our gut is our talent... and our talent is our soul alive and visible to everyone around us. How often does the average person get to show off their soul at work? We are so lucky. Give your stage fright a kiss and a hug. She is the highest form of greatness begging to be revealed."
Great advice on dealing with performing anxiety.

Email ThisBlogThis!Share to TwitterShare to FacebookShare to Pinterest
Labels: Communication Skills, How to Write a Speech